Prime Minister Justin Trudeau recently announced that his government would make a formal apology for Canada’s failure in 1939 to provide asylum to the 907 Jews who were fleeing Nazi Germany on board the MS St. Louis; 254 of those Jews later died in the Holocaust.

When the formal apology is issued later this year, it will be the 5th one Trudeau has made to a group of people since his government was elected in 2015.  The other collective apologies include:

According to Trudeau, he has made these apologies to ensure that the mistakes of the past are not repeated and to provide the possibility of healing for survivors, descendants and their communities.

Not surprisingly, Trudeau’s apologies have evoked much debate. Among the many questions and challenges posed are:  How can one generation apologize for the mistakes and failures made by a previous generation? Do these apologies (and the compensation associated with them) open the floodgate of demands for more apologies? Does too much apologizing cheapen the apology?  Aren’t apologies simply “shallow, empty, meaningless” acts?

It is important to grapple with these challenges and to avoid the pitfalls of bad apologies. At the same time, it is important to acknowledge the power of apology.  If offered with integrity and sincerity — and based on profound listening, solid research, careful wording, and a commitment to make amends for the harmful behavior — an apology can be an important turning point in a longer journey of healing, forgiveness and reconciliation.

For people of Christian faith, apologies should be a no-brainer. After all, at the centre of Christian faith is a commitment to the One who calls us to repentance and new life; who forgives our sin and urges us to forgive the sins of others.  An apology can be a vital symbol of acknowledgement, confession and repentance. It can contribute to forgiveness and even reconciliation.

Churches and church institutions should always be ready to offer apologies for acts of moral failure, even if those actions happened many years ago. Yet as Jeremy Bergen points out in his book, Ecclesial Repentance, in 2000 years of church history, it is only in the last century—in particular, the past 25 years—that churches have issued apologies for their own actions.

Indeed, churches still often resist acknowledging and making apologies for past failures. Just recently, the Pope declined to issue an apology for the Catholic Church’s involvement in Indian residential schools here in Canada. His refusal prompted the House of Commons to ask him to reconsider. And as the Hon. Hunter Tootoo, MP for Nunavut, stated during debate: “An apology is not only the right thing to do but is the Christian thing to do.”

Mennonite Central Committee Canada –  the relief, development and peace agency of Mennonite and Brethren in Christ churches – has offered three formal apologies in its 55-year history. 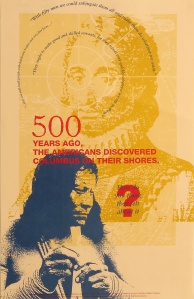 The first, in 1984, was offered to Japanese-Canadians for the ways in which Mennonites in British Columbia had benefited from the confiscation of land belonging to Japanese-Canadian citizens interned during the Second World War. The second was offered to Indigenous people in 1992, on the 500th anniversary of Christopher Columbus’ arrival in the Americas. It acknowledged that Mennonites had denied the full humanity of Indigenous people, remained silent about the cruel treatment inflicted on them, and sanctioned the conquest of their land.

The third apology dates from 2014, when MCC Canada, together with several Mennonite and Brethren in Christ denominational leaders, offered an expression of regret at the Truth and Reconciliation Commission event in Edmonton. The leaders uttered remorse for the participation of their communities in attitudes and acts of assimilation, paternalism and racism.

With the first two apologies, MCC established a special scholarship fund, and an education and social enterprise fund, respectively, to demonstrate its commitment to help make things right.  With the third apology, the signatories simply emphasized a pledge to deepen relationships and to work for reconciliation.

Time and history will bear witness as to whether MCC’s apologies were authentic, meaningful and contributed to healing and reconciliation, or whether they were just empty words. They will do the same for the Prime Minister’s apologies. Perhaps a regular reminder of these apologies is a way of ensuring they do not simply disappear into the “dustbin of history.”

Ultimately, there is power in apology. Those who say “we are sorry” with heartfelt sincerity and appropriate actions validate those who have suffered deeply. They contribute to renewed relationships and to healing, peace and reconciliation. They demonstrate, not weakness, but strength.

May there be more such apologies.